If you’re eagerly waiting to get your hands on Samsung’s 2021 flagship, new leaks have revealed a couple of details about it, showing the phone’s potential design and release date. As this information isn’t official, the actual Galaxy S21 may look different, but this leak still sheds some light as to what to expect early next year. 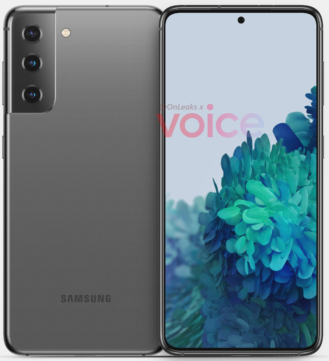 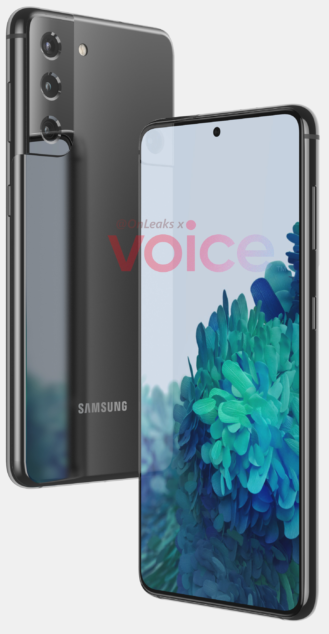 Based on the images, the phone’s front hasn’t changed much compared to its predecessor, with the future device looking very similar to the S20, including its punch-hole at the center of the screen to house the selfie camera. The back, however, has been lifted, with a new camera setup that appears to extend from the frame creating a relatively thick bump, estimated at 1.1mm. The number of shooters, however, has remained the same, with three cameras at the back, at least on the “standard” S21. According to Steve Hemmerstoffer (@OnLeaks), the device should boast a flat 6.2-inch display and measure about 151.7 x 71.2 x 7.9mm.

More importantly, the rumors hint the handset could be unveiled in January 2021, which is significantly sooner than usual. Also, even though only the S21’s design has surfaced so far, the company is still expected to launch three devices, including “Plus” and “Ultra” models.

There’s a lot that remains unknown about Samsung’s future flagship, including its battery size and details specs. Its name is also unconfirmed so far, as we’re unsure whether it will be called the Galaxy S21 or S30. We’ll keep you posted as we learn more about the company’s upcoming lineup.

Google One Gets Its Own VPN, But Only for Those Who Pay $10/Month

Every Google account comes with 15GB of storage for you to use across the Google ecosystem. If you need more, you can sign up for Google One and add storage for use across Gmail, Drive, and Google Photos. Announced this...

Lenovo was the first company to release a smart display powered by Google Assistant, even before Google itself came out with the Home Hub (later renamed to the Nest Hub). Lenovo followed it up with a new 7-inch model in...

Pixel 5 Owners, Do These Things First

Your Google Pixel 5 should be arriving at any moment, assuming you pre-ordered one or found a store with them in-stock this week. If that’s the case, then our “First 10 Things” video is here right on time to help...

Google Chat may not be popular among general consumers, but it does have more use in enterprise settings, especially since G Suite admins picked up the ability to migrate to it from Hangouts earlier this year. It's a small quality...

JBL sells a lot of portable speakers, but one of the company's more popular options is the Xtreme 2. It's a water-resistant portable speaker, perfect for use around the home or outdoors, and now you can get it for $199.99....