Google introduced system level dark theme last year with the Android 10 release, but not all app developers have gotten on board — not even Google’s own default keyboard app. Signs of a change came in an app teardown last week. Now, the latest beta update shows us that Gboard is testing new keyboard theme options that support automatic light/dark mode switching based on the current system theme.

In version 9.6.4.320679808 of the Gboard beta, users will be able to choose between three new default themes: default light, default dark, and system auto. Selecting the “system auto” option presents a message saying that the appearance will follow system settings — no more blindingly bright typing in the dark! There are plenty of other tweaks including the addition of the Google Sans typeface. 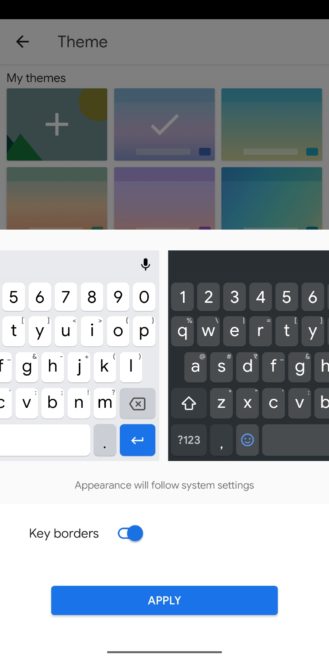 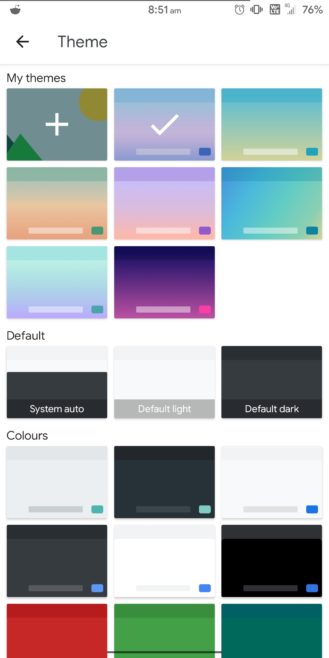 Until now, Gboard would follow the system theme only if you had never customized the keyboard’s look. Even something as basic as adding borders around the keys would stop the app from switching when nighttime rolled around. Thankfully, this upcoming update will fix these frustrations, but it’s still kind of annoying that the stock Pixel keyboard had only been supporting a Pixel system feature via hacky workarounds.

You can join the Gboard beta program now, or keep an eye on APK Mirror for the APK to show up.

Genshin Impact is the new benchmark for free-to-play mobile games, out now

Genshin Impact is a free-to-play RPG that has been frequently compared to The Legend of Zelda: Breath of the Wild, thanks to a similar cell-shaded art style. As you would expect, many gamers have been eagerly anticipating the release of...

TikTok temporarily avoids US ban thanks to last-minute ruling

If you had told me a year ago that an app primarily used for children to upload videos of themselves doing funny dances would be the center of a political storm, I'm not sure I would have believed you. The...

Choosing a wireless plan line-up for your family shouldn’t mean having to get everyone in the family the same exact plan. Since people have different needs from wireless service, AT&T has introduced “Unlimited Your Way,” a new program that lets...

After years in the making (and breaking), Google confirmed earlier this month (then deleted the tweet) that screen sharing would soon be available to its Duo video calling service. The feature didn't go live immediately, but is now finally making its...