Samsung waited until the very last minute of its Unpacked event today to announce what could be big news from a software support standpoint. As you’ll see in the screenshot below, they are now committing to “OS updates up to 3 generations” of phones that include both features and security patches.

Yes, the wording here is very, very confusing. What we know right now is that Samsung already supports their high-end phones with security updates for at least three years. They are better than Google at the length of time they provide security patches. On the flip side, Samsung has previously only provided two Android version updates, which falls short of Google and has ruffled some feathers from those spending $1,000+ for new phones from them.

Are they promising three Android version updates now? Well, we don’t know and I also don’t think so. Samsung did acknowledge that customers have expressed the need for longer support and that’s where this little end clip came from. Samsung said “That’s why we are supporting your operating system for three generations of devices.”

As an example, they could just be supporting a Galaxy Note 20 with updates through to the Galaxy Note 23. Depending on the timing of a device release, we could also just be talking about One UI updates for three years and not Android versions.

I know that’s not rock solid info, but we are waiting for Samsung to clarify. 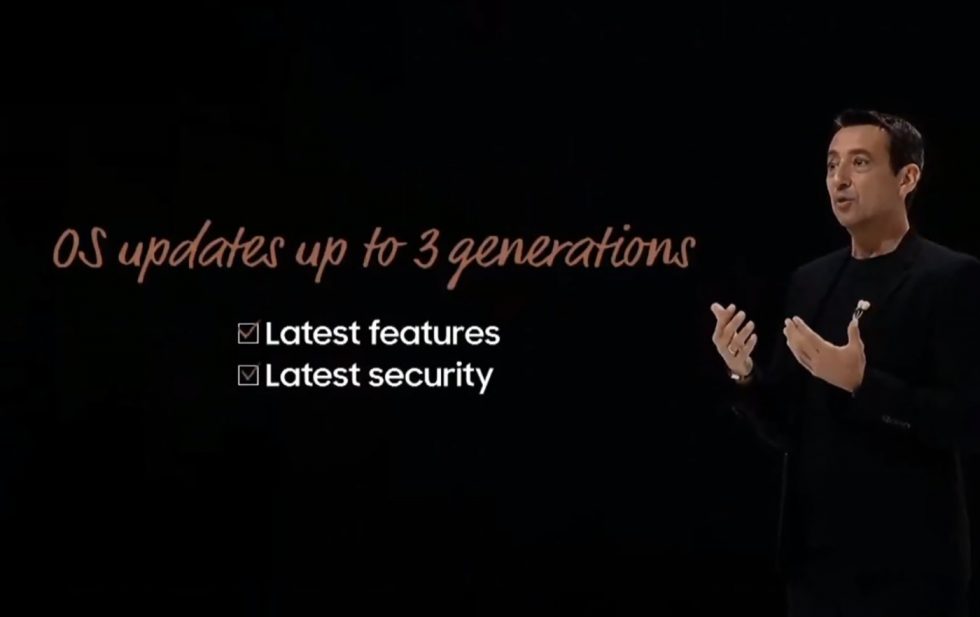 Did you like this article? You can read it and many others @ Droid Life!

Is ANC in $60 true-wireless buds too good to be true?

In the span of a couple of years, true wireless earbuds have transitioned from being a luxury purchase to a commoditized, affordable product. Even within the category, features like USB-C or Bluetooth 5.0 that were once only found on expensive...

Samsung's bean-shaped Galaxy Buds Live were only released last month, but we're already starting to see decent sales. Now you can get the earbuds for as low as $135 from Amazon-owned Woot, a discount of $35 from the typical price....

Everything we know about Google’s upcoming Android TV dongle

The Galaxy Buds Live Deal Your Weekend Needed, But Hurry

The Samsung Galaxy Buds Live are a part of a limited time deal today that shaves $35 off their usual $169.99 price. Since these are only a few weeks old and this price brings them down under the price of...

Google Messages is Getting the Cleverest Feature

Having some level of additional security on the dozens of online accounts we access throughout a day or week or month is so important. It feels at times like our data is never safe, but requiring a passcode or something...